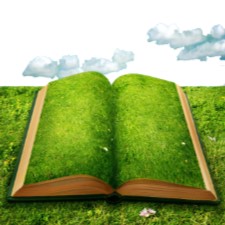 Join moderator Jordan Conerty on 4th Mondays for a new topical book club! The Environmental Reading Group at the Mahomet Public Library is open to anyone interested in conversations related to environmental history, science, conservation, sustainability, or justice.

The group’s carefully curated reading list incorporates works of fiction and non-fiction, both historical and contemporary, to inspire conversations about the complexity of the natural world and the relationship between humans and the environment.

Discussions will be centered around the titles below. Participants should read them ahead of time.

Please register for each month you wish to attend so we have an idea of how many people will be attending.

More on This Month's Book

The Overstory, winner of the 2019 Pulitzer Prize in Fiction, is a sweeping, impassioned work of activism and resistance that is also a stunning evocation of—and paean to—the natural world. From the roots to the crown and back to the seeds, Richard Powers’s twelfth novel unfolds in concentric rings of interlocking fables that range from antebellum New York to the late twentieth-century Timber Wars of the Pacific Northwest and beyond. There is a world alongside ours—vast, slow, interconnected, resourceful, magnificently inventive, and almost invisible to us. This is the story of a handful of people who learn how to see that world and who are drawn up into its unfolding catastrophe.

For those interested in learning more about Richard Powers or The Overstory after reading the novel, please consider the following resources: